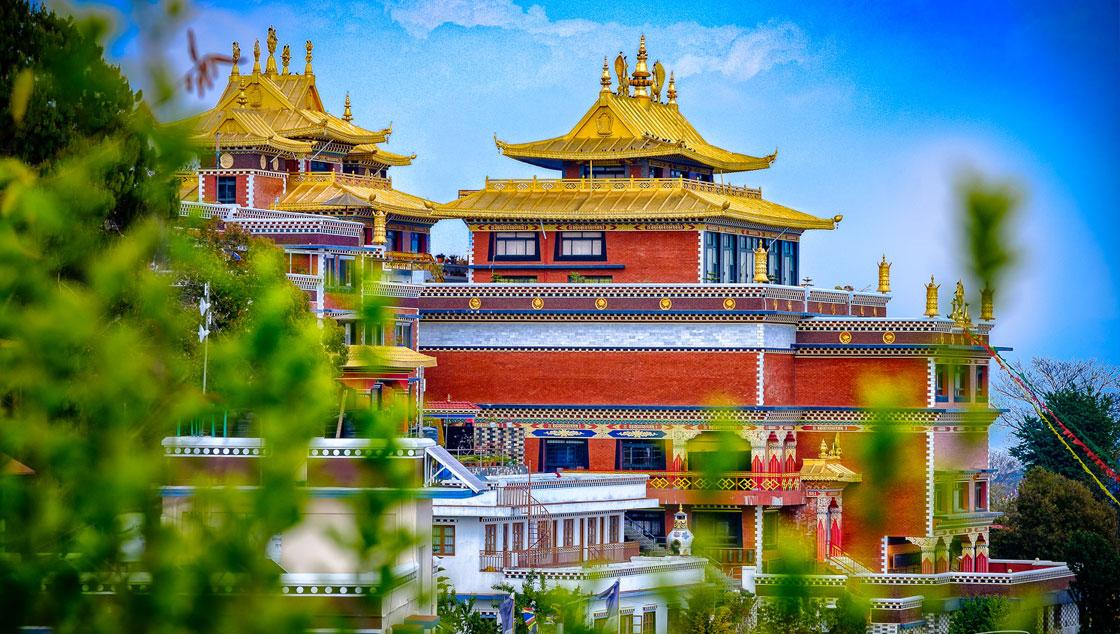 Namo Buddha Scorpio Jeep Tour is another most impressive and historically Buddhist pilgrimage site tour located 40 km southeast of Kathmandu valley in Kavre district. It was highlight for main stupa at the hilltop is world heritage monuments of UNESCO from where visitors can enjoy the great views of mountains and green fields.

Namo Buddha means “Greetings to the Lord Buddha”. Buddhist mythology contains an interesting story related to this place depicting as a great symbol of human sacrifice at its highest level. contact us for your budget, price, details itinerary, information by email or Whatsapp now +977 9851033819 for 2021, 2022. We provide you such tour to namo Buddha at any seasion of Nepal. According to Buddhist sutras, Lord Buddha in his previous life was born as Prince Mahasattva, the youngest son of King Maharatha. One day himself and his two elder brothers were passing through the forest while hunting. They found a tigress with her cubs. She and her cubs could hardly move as they were weak from starvation. He was scrutinized by their pitiable situation. So, before he could reach his destination far away from the forest, the kind Prince Mahasattva went back to the tigres and offered them his flesh and blood to save them. Later, his two brothers returned back to the same place, but they saw only his bones and hairs. In his honor, the King and Queen buried a small casket covered with seven kinds of jewels in which they laid his bones and built a stupa over the place which became very popular among the Buddhist and Hindu peoples. The whole area is covered with sacred flags on the top of a small hill.

Namo Buddha tour is a beautiful, quiet and pure place. The environment is clean with fresh, cool and healthy natural air, which makes it the right place for meditation and practice. You can see the beautiful sunrise and sunset view from the hill. You can also visit famous Thrangu Tashi Yangtse Monastery where is more than 250 monks reside today. In spite of being close to the capital, this area still has typical Nepali rural and lifestyle. Namo Buddha tour start by four while jeep or bus which takes you through the valley, The roads running through rice fields and remote villages. It is off the beaten track. You can also trek from Banepa passing through Panauti and Sankhu to Namo Buddha. While returning you can also visit the imposing statue of Shiva (43.5m high), considered the world’s biggest Shiva statue. Feel free to contact us for more details.